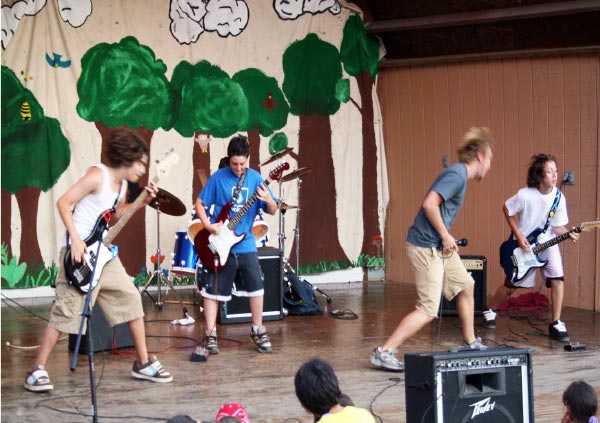 A big part of Lohikan's Music Department is the Rock Band Program. Whether you’re a beginner or accomplished musician, we’ve got a band for you!

Campers participating in the Rock Band Program are grouped with other campers based upon age, ability, and musical interest. Small group instruction in guitar, bass, drums, keyboards and vocals is provided by specialty instructors.

New rock bands are formed every two weeks. Campers work with specialty instructors on original music as well as classic rock tunes. Each band is assigned a producer who prepares the band for its debut performance.

After a week of instruction, rehearsals and teamwork (one to three periods a day), the band takes the stage and performs a set in one of Lohikan’s Camp-A-Palooza Concerts. The concerts are amazing! …and rock band participants receive a digital copy of their performances too! 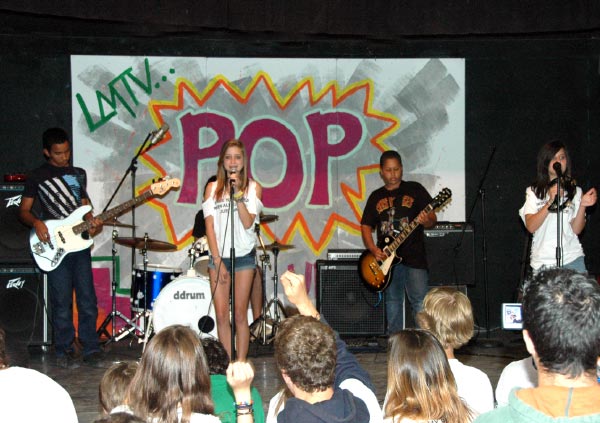 The concerts are scheduled as an evening activity or an afternoon special event and hundreds of fans are in attendance! Awesome concert venues include the Skate Park Lounge, the Lohikan Bowl (amphitheater), and the Cavern (Rec Hall).

As curtain time approaches the excitement builds and the camper audience can be heard yelling out encouraging cheers for their bunkmate rockers! Then the bands hit the stage, one by one playing their favorite tunes and rocking the camp! It's a lot of fun to watch, but it's even more fun to be on stage and perform in front of a live audience. The applause is unforgettable!

It's All About Camp Fun!